PEX pipe extrusion machine line is used for making different diameters and thickness of PEX pipes , which is used for hot water supply & drain system. PEX tubing is made from cross linked HDPE (high density polyethylene) polymer. The HDPE is melted and continuously extruded into tube. The cross linking of the HDPE is accomplished in one of three different methods.

Cross-linked polyethylene (PEX), a type of flexible plastic, is currently replacing traditional copper and galvanized steel as water supply lines in both new construction and remodeling projects. PEX (or cross linked polyethylene) is part of a water supply piping system that has several advantages over metal pipe (copper, iron, lead) or rigid plastic pipe (PVC, CPVC, ABS) systems. It is flexible, resistant to scale and chlorine, doesn't corrode or develop pinholes, is faster to install than metal or rigid plastic, and has fewer connections and fitting.

PEX is available in a variety of lengths, from short 10-foot pieces (for small repairs) to rolls over 500 feet long, which are used to install a home’s entire water supply system. PEX pipe ranges from 3/8- to 1-inch in diameter and its color-coding makes it a snap to identify what a specific pipe is used for. Although there are three types of PEX (see Label Lingo, below), the different colors don’t connote the distinctions; they simply make it easy for the installer to identify which lines carry hot water and which carry cold. 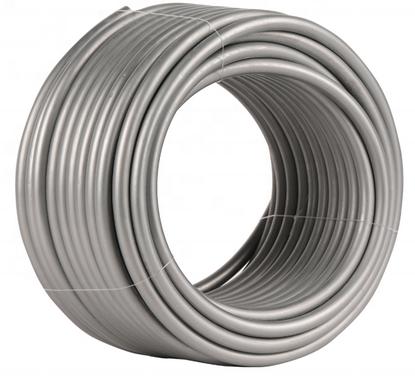 PEX pipe has the following application:

Advantage of PEX pipe as following :

The different types of PEX are distinguished by the manufacturing process used to make the tubing. When shopping for PEX, you may notice rolls labeled with either an A, B, or C designation. Choose the tubing best suited to your needs:

A standard PEX pipe manufacturing plant factory should be including the following necessary machines for making PEX pipes .

By the way, this machine can make HDPE pipe, PE-RT pipe or PPR pipes too if change some parts only. So it can save some cost for customers.

From the above general information, we can make a making process chart of PEX pipe as following:

Due to continuosly research, personal customized, improvement in the management efficiency,  plastic extrusion machine of Magstar with higher quality and competitive price is possible.

We have built good business relationships with different customers all over the world. We are not only supply high quality plastic extrusion line with competitive price , but also fast after sales service, including drawing of workshop, free formula of plastic pipe and sheet, staffs trainning , final products quality checking, plastic extrusion technology supports. 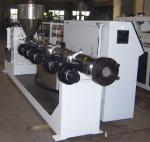 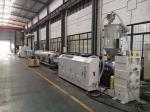 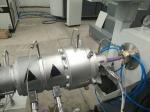