Samarium Cobalt (SmCo) is the other Rare Earth magnet!SmCo is the alternative to Neodymium magnets when a more stable output over a much wider temperature range is required.The SmCo magnets can be used from temperatures nearly as low as absolute zero (-273°C) up to +350°C. Although Neodymium magnets provide stronger fields at room temperature, SmCo starts to outperform at temperatures above +150°C.With superior temperature coefficients than Neodymium, magnetic output from SmCo varies less over a change in temperature, making it an ideal choice for temperature sensitive applications such as sensors and loudspeakers where stability of the field during operation is important.SmCo also has a very good intrinsic coercivity allowing it to be used in applications where high external demagnetising forces (and high temperatures) may be present, such as the starting of an electric motor.SmCo has very little free iron in its structure meaning it offers excellent corrosion resistance to water. It very rarely requires protective coating (e.g. a nickel coating to allow soldering to a printed circuit board). Because of its performance characteristics SmCo is often used instead of Neodymium in mission critical applications such as aerospace and military applications.SmCo is a brittle material and could break, chip, snap or possibly even shatter if mishandled. Care should be taken when assembling with the SmCo (e.g. wear safety glasses).Standard manufacturing tolerance is +/- 0.1mm on all dimensions.

Samarium Cobalt Magnet FeaturesSamarium Cobalt (SmCo) disc magnets are powerful magnets rare earth magnets composed of samarium and cobalt. They are commonly used in high performance motors, magnetic couplings and magnetic separators. These are brittle magnets and are prone to cracking and chipping. Samarium magnets can be used for high temperature applications where neodymium will not work.

Gluing MagnetsSeveral factors must be considered to assure the effective performance of the magnet, the adhesive and the resulting bond. These include the chemical and physical properties of the magnets and the surfaces to which they are affixed. Detailed coverage of all these factors, along with some adhesives to try, is covered in white paper Gluing Magnets.

Chiyue magnet Co.,LTD is a domestic recognized leader in the field of Magnetic Material and Magnet System in Dongyang China .

Chiyue is in possession of advanced technology and equipped with the first-class producing facilities. We are running strictly implementing ISO9001 Quality Assurance System and constantly strengthen the inner management for further development. Meanwhile, we pay much attention to the environmental protection. Have obtained ISO 14000 Environment System Certificate. At present all of our products can meet ROHS Directive.

Chiyue  is looking forward to even greater cooperation with overseas customers based on mutual benefits. Please feel free to contact us or visit our website: http://www.various-magnet.com for more information. 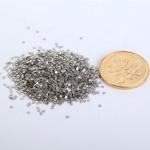 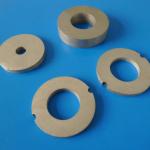