HC-800X is the latest cost-effective Integrated Receiver and Decoder, and was designed to demodulate and descramble satellite broadcast services for DTV operators with limited budget.

Dual DVB-CI slots, supporting up to 16 descrambled of TV services

Up to 72Mbps of descrambling bit rate each CAM

HoorayVision has more than 100 employees worldwide. With One headquarters, sales office, technical support team in Chengdu, China. Two manufacturing factory which in Chengdu and Zhenjiang, China. Have subsidiaries and branches in Hong Kong, Africa, Austria, and American.

HoorayVision has delivered end to end digital TV products to our customers in China and over 50 foreign countries across Europe, Africa, North/South/Central America and Middle East. We company also takes in ODM and OEM orders.

HoorayVision also help our customers to integrate the other correlative products, systems and value-added service into the existed DTV systems to enhance the operators’ service level and quality. Our passionate and united teams are looking forward to corporation with the operators and distributors worldwide to offer the most cost-effective and high efficient solutions with the precise and pragmatic attitude!

Technology And Service Is Our Foundation!

Vision The World, Succeed With Hooray! 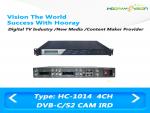 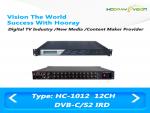 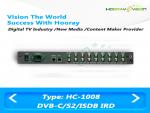