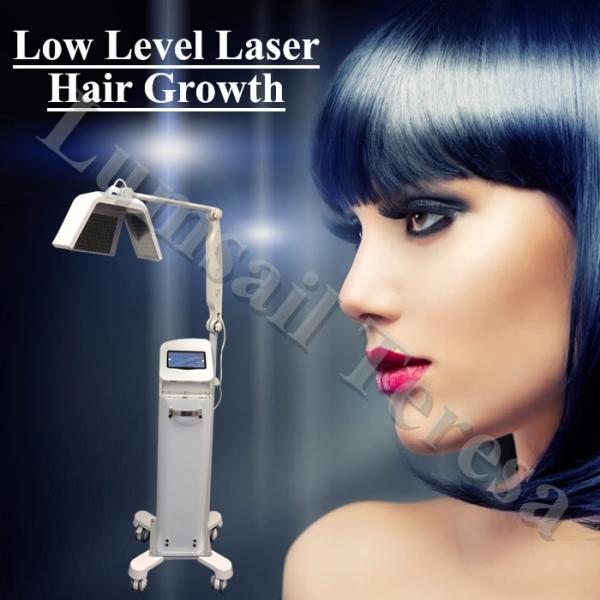 At least 50% of all adult men will suffer with some form of male pattern hair loss. This increases to 73% of all men and 57% of all women over the age of 80.

Low Level Laser Therapy, otherwise known as LLLT, is one of three recognised FDA approved treatment regimens for androgenetic alopecia in males and females. The FDA is known as the United States Food and Drug Administration and is a federal agency responsible for the protecting the public health. The FDA approved the LLLT laser comb for use in males for androgenetic alopecia in 2007 and subsequently approved its use in women in 2011.

As with other FDA approved hair loss treatments - minoxidil and finasteride - the positive effects of LLLT for hair loss were stumbled upon by chance. In the late 1960s a Hungarian physician by the name of Endre Mester, conducted a series of experiments to evaluate the potential cancer causing effects of red ruby laser on mice. As a result he shaved mice and shone this laser (694nm) on them. To his surprise he found that rather than have any negative carcinogenic effects the red laser actually resulted in accelerated regrowth of the mice’s fur. Animal studies using a ‘Laser Hair Comb’ employing red LED and laser of 650nm frequency, demonstrated increased hair growth. Dr Shukla and his team, in 2010, developed an animal model using Swiss albino mice and demonstrated positive effects of low energy LLLT (1J/cm2). However, he also demonstrated negative inhibitory effects of LLLT on hair growth if a high energy alternative (5J/cm2) was used. Hency too high an energy beam and/or if exposed to LLLT for too long or too often, can cause increased hair loss as opposed to increased hair growth. Animal models of chemotherapy induced hair loss have also provided encouraging signs of LLLT, helping this form of alopecia as well.

LLLT is a photo-biostimulator and can result in improved hair growth in various forms of hair loss, specifically androgenetic alopecia - male and female pattern hair loss. In the context of androgenetic alopecia, low level laser therapy aids in the transformation of vellus and miniaturised hairs into longer terminal hairs. LLLT improves hair growth in the following ways:

With the success of LLLT in numerous animal models, numerous researchers have carried out a number of clinical trials and managed to demonstrate the effectiveness of LLLT for androgenetic alopecia. As early as 2003, Satino et al. published the findings of his LLLT research in the International Journal of Surgical and Aesthetic Dermatology. He treated 28 males and 7 females with androgenetic alopecia, with a laser comb on alternate days for 5-10 minutes a day for a period of 6 months. They identified significant increases in hair density at 6 months over the vertex and temples. Kim et al. published the findings of their research in the Journal of the American Academy of Dermatology in 2007. They treated 24 males suffering with androgenetic alopecia and exposed their scalps to 655nm red light once a day for 14 minutes and identified, on average, a significantly increased hair density at 14 weeks.

Laser Hair Therapy is a non chemical, non invasive treatment that is being used commonly for the treatment of hair loss. LLLT (low level laser therapy) is delivered by a device that contains panels of lasers that shine on the scalp.

European studies have shown that LLLT stops hair loss in 85% of cases and stimulates new hair growth in 55% of cases. The therapeutic light energy is absorbed by the cells and the process of cell repair begins, it stimulates the production of energy at the cellular level, therefore, improving cell function. Low Level Lasers are referred to as "cold" lasers because they do not release energy in the form of heat.
The light wavelength emitted from a low level laser actually will repair tissues that have impaired cellular metabolism by stimulating blood circulation, encouraging regeneration of normal healthy tissues.

In past years, Sincery has setup its own research and development team, manufacturing workshop and professional team for after-sales service. We are looking forward to setup cooperation with distributors all over the world. 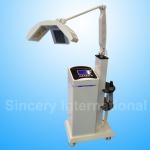 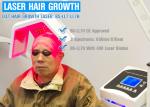